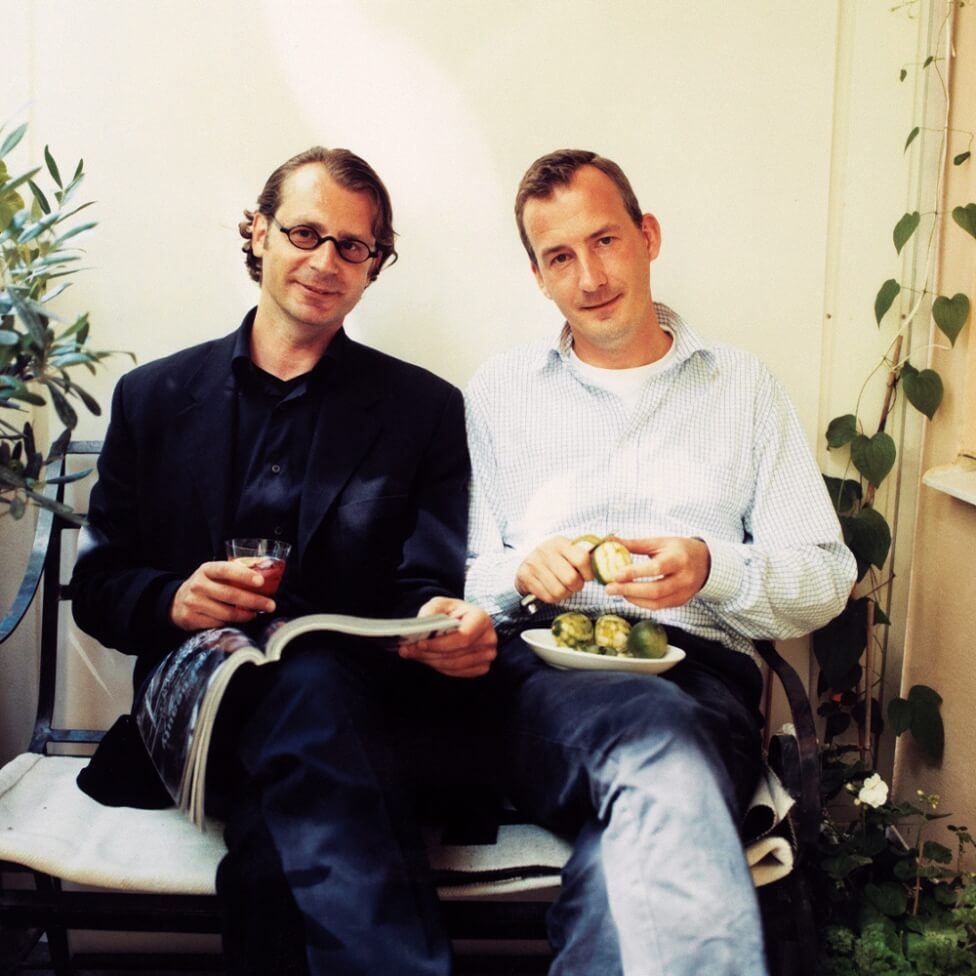 Michael and Thomas Asplund founded ASPLUND Gallery to exhibit furniture as objects of fine art. Michael, originally an art dealer, had long thought about combining art and design within a business venture.

In 1990, Thomas Asplund left his job as banker to team up with his brother. With their unconventional backgrounds, the duo brought fresh ideas to the industry. Seeing furniture as objects of art was a new way of thinking that quickly caught on.

The Asplund brothers asked Jonas Bohlin to design the original ASPLUND Gallery in Stockholm. With its concrete floors and white washed walls, it was the quintessence of Scandinavian light. The gallery soon became a stage for contemporary Swedish design and was much talked about in the world of design. Early exhibits featured work by the likes of Jonas Bohlin, John Kandell, Thomas Sandell, Ron Arad and Philippe Starck. 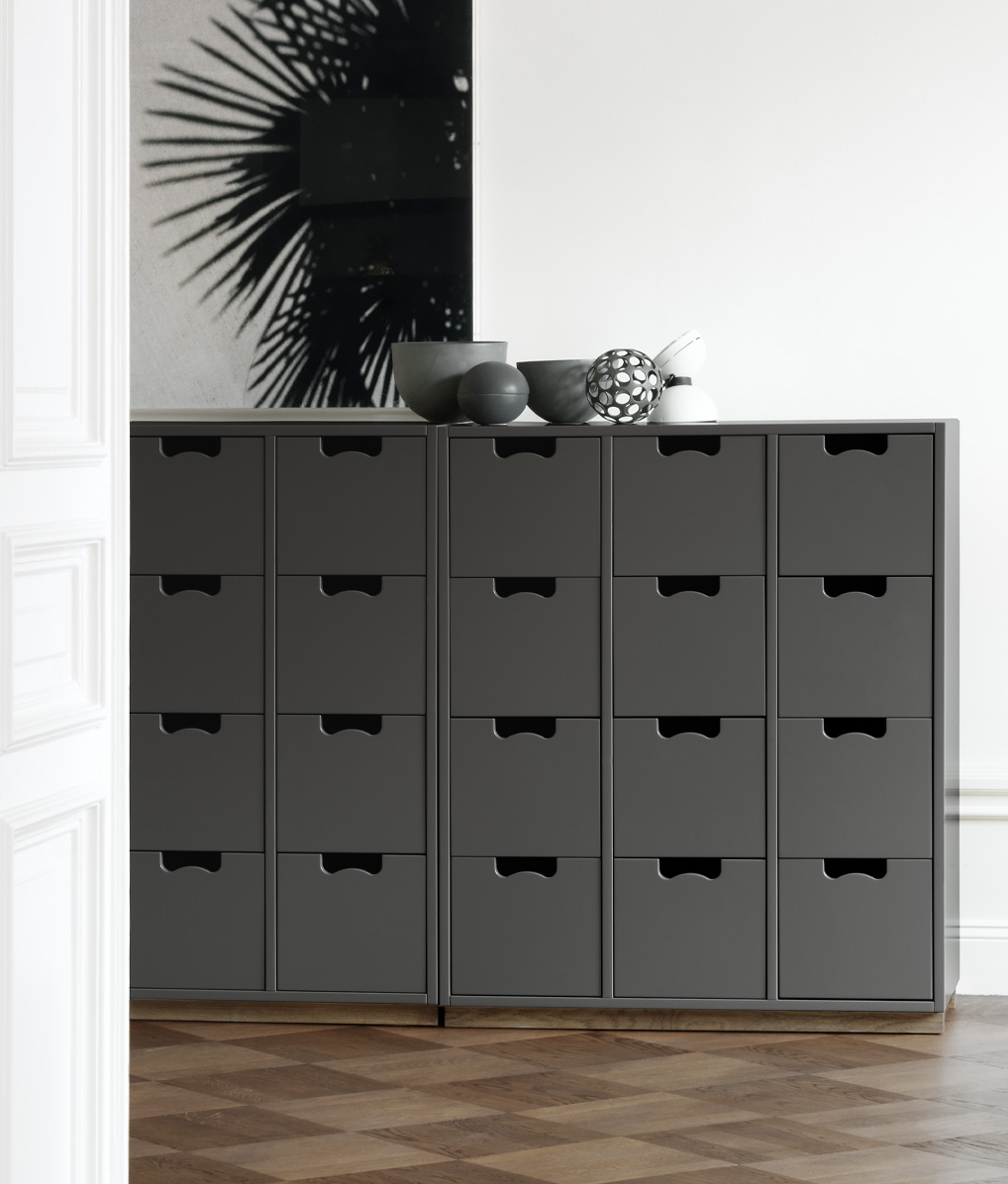 The Asplund brothers began to develop their own line of furniture and design pieces under the name EDITION ASPLUND. Among the first items released was a CD rack and a stool, both designed by Thomas Sandell. The stool, released under the name Wedding Stool, was originally created as a wedding gift for Jonas Bohlin and his bride.

One important milestone was in 1994 when the SNOW storage series started its life. ASPLUND would soon take over sales and distribution and it has since become a modern design classic.

By the end of 1995, ASPLUND had outgrown its original site and moved to larger premises. A showroom, three times the size of the original gallery, was chosen on Sibyllegatan 31. Sandra Adrian Asplund, Creative Director, joined the team to define and develop the different parts of the company.

In these early years ASPLUND Collection was exhibited under the joint-venture name SWECODE, short for Swedish Contemporary Design, at furniture fairs in Stockholm, Cologne and Milan, together with BOX, CBI, David Design and Forminord. The idea was together as a group, they could market Swedish design globally in a more powerful way. It became a success and all eyes were on Scandinavia.

Defining and expanding the ASPLUND world of design 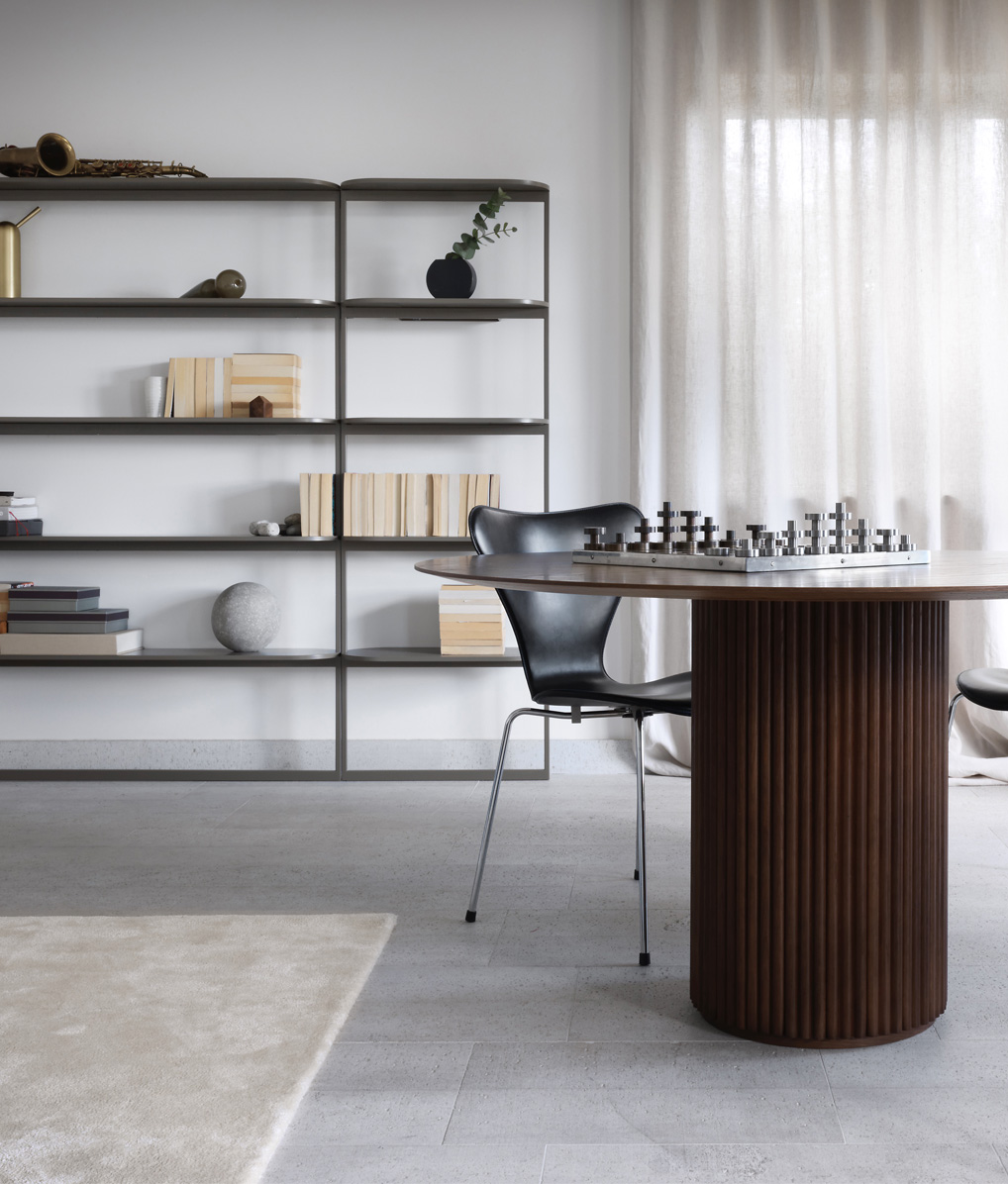 With a never-ending energy, ASPLUND continued to look for new influences, new materials and techniques. Looking at natural elements combined with new surfaces as a key inspiration and by combining contrasting natural materials like stone, metal and glass, amazing new and very different looks on the same designs was created. Combined with the knowledge that natural materials feels vivid and changes gracefully over time, ASPLUND had discovered the design concept that has become our signature in the world of design.

From this concept successful furniture collections such as Tati and Frame saw the daylight. When continuing to explore various cultural sources combining with our Swedish values and aestetics; The ASPLUND Carpet collection was developed – inspired by both Turkish and Swedish traditions and mixing old techniques with modern patterns for a fresh, contemporary style. The pillar of what ASPLUND has become today was now in place. The rest is both history and the present.

Clients were increasingly asking how to make homes, offices and public spaces more homely and personal, so in the last few years interior design and contract services have been introduced for professional architects and interior designers as well as private consumers. ASPLUND Interior Services now consists of three pillars; ASPLUND STUDIO where research and development, creative direction, construction, interiors and kitchens, bathrooms and other fitted interiors are produced. ASPLUND CONTRACT has been established to meet the demands from the rising real estate and hospitality markets. ASPLUND KÖK with kitchens for people who love to cook, combining our demands regarding quality, function and aesthetics.

The ASPLUND Collection has grown substantially and is selling around the world through a network of dealers. The interest and the brand reputation is constantly expanding.

The ASPLUND Store, which has become a hybrid between a gallery, a shop and a living room, is considered a global design attraction. For example Visit Sweden and Wallpaper magazine recommends us as must-see attraction for design tourists visiting Sweden. Here, the ASPLUND Collection is mixed with items from up-and-coming designers and esteemed brands such as B&B Italia, Cappellini, Flos, Living Divani and Artemide among others.

In a time where the trend among furniture brands is to outsource most of production abroad, ASPLUND remains determined and committed to keep as much as possible of manufacturing within Sweden. We believe that good design and Made in Sweden is an ensuring of quality.

ASPLUND has indeed expanded since we started but the original thoughts – seeing furniture as pieces of arts and the vision to offer our customer good products that are good design, manufactured as sustainably as possible with a good quality giving every product a great value. These core visions and values remains the same and it with these we look into the future continuing to deliver high quality products all over the world.

Read more about our story in ASPLUND 25 YEARS CATALOGUE